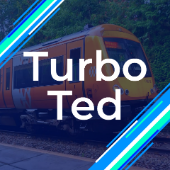 This reskin shows what the Class 323s looked like in the early privatisation era with North Western Trains; later known as First North Western. This livery lasted until the North Western franchise got broken up into Wales & Borders, First TransPennine Express and Northern Rail in 2004.